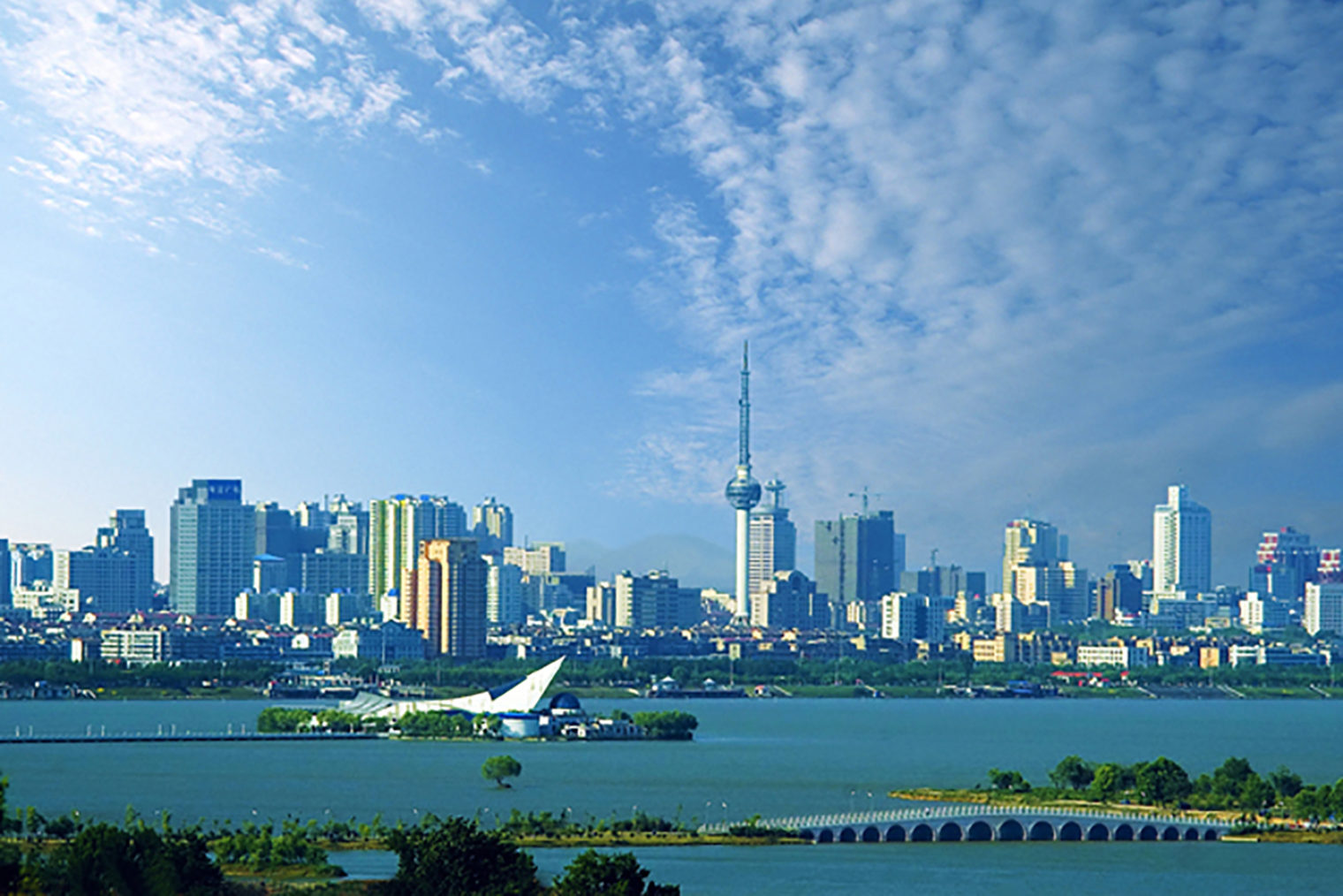 The Chinese City of Xuzhou has been twinned with Leoben since 1994. Located in the eastern part of China, it is significantly bigger than Leoben: Almost 9 million inhabitants live in the city that spans more than 11,000 km2 and is also a major transport hub on a main route to Shanghai.

Xuzhou is surrounded by areas rich in natural resources, including coal, marble, salt and iron ore, and it has a strong mining tradition. Xuzhou has a high density of colleges and universities, including an excellent mining university.

The four most important sectors of industry in Xuzhou are the construction industry, renewable energies such as wind power and photovoltaic energy, the agricultural and food sectors, and logistics.

The city has a long tradition dating back to the times of the Han and Qin dynasties. Many sights bear witness to the important role the city has played, including the stone monument of the Han dynasty, the stone sculptures of the six Nanjing dynasties and the Xuzhou Gardens. These are also known as the “three treasures of Jiangsu”.

Milestones of the city twinning partnership

Leoben and Xuzhou established their intensive and carefully maintained partnership in 1994. The two cities may differ in size and population but still enjoy many synergies.

Education, science and business
The universities profit from the close cooperation: Many students from China study at Leoben University and vice versa.

A lively exchange between the two cities also takes place in the “Asia Urbs” education project. Experts from Leoben and Mannheim, Germany, established a public music school system in Xuzhou with teaching for children with a focus on Western instrumental music. The Chinese music teachers working at these music schools attended training courses in Leoben and Mannheim.

The partnership with Xuzhou is also visible in Leoben’s cityscape: The Asia Spa designed in Asian style draws on plenty of Chinese know-how. The large Chinese archway in the Asia Spa park is called a “Gateway to China” and was a gift from the twin city Xuzhou. 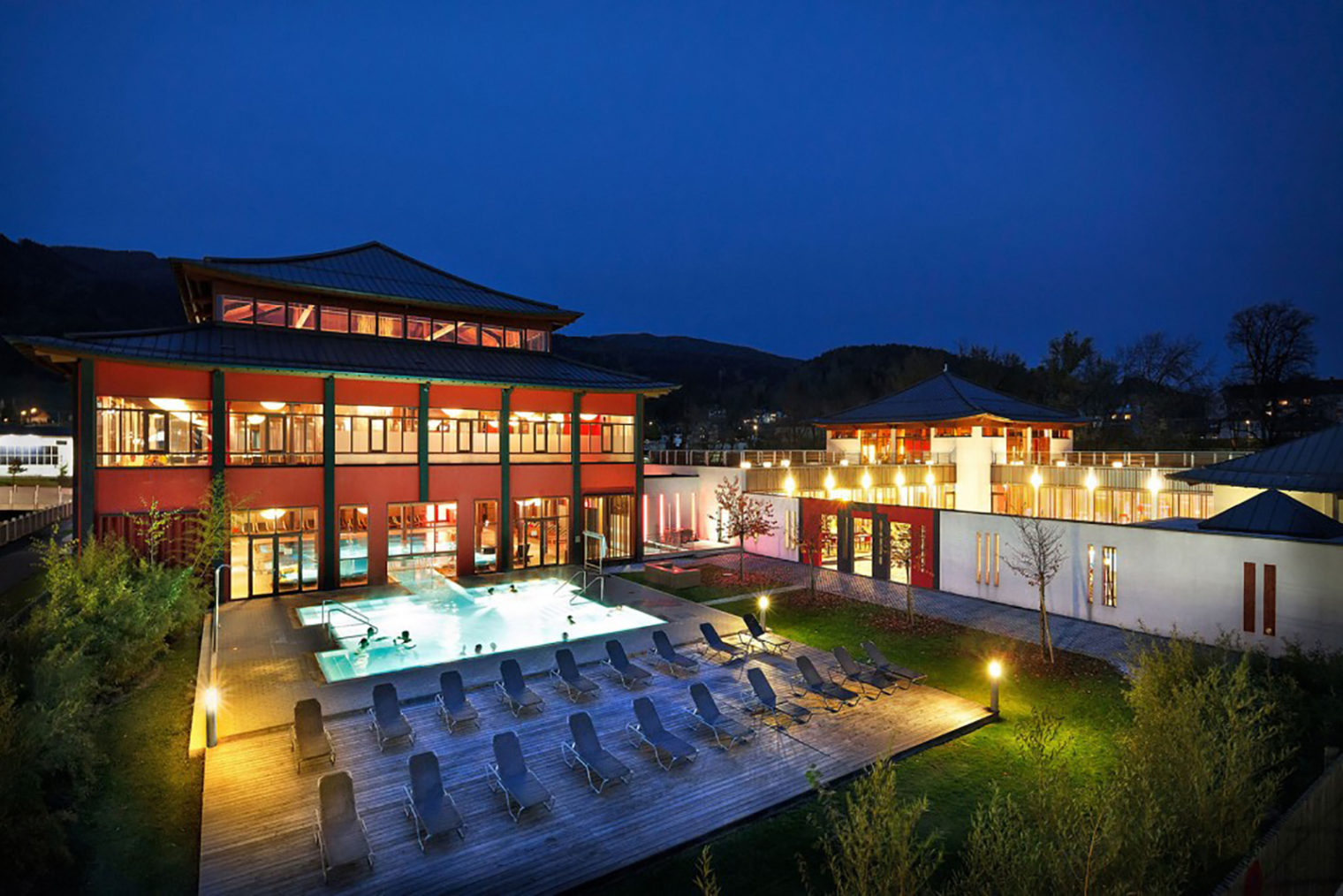 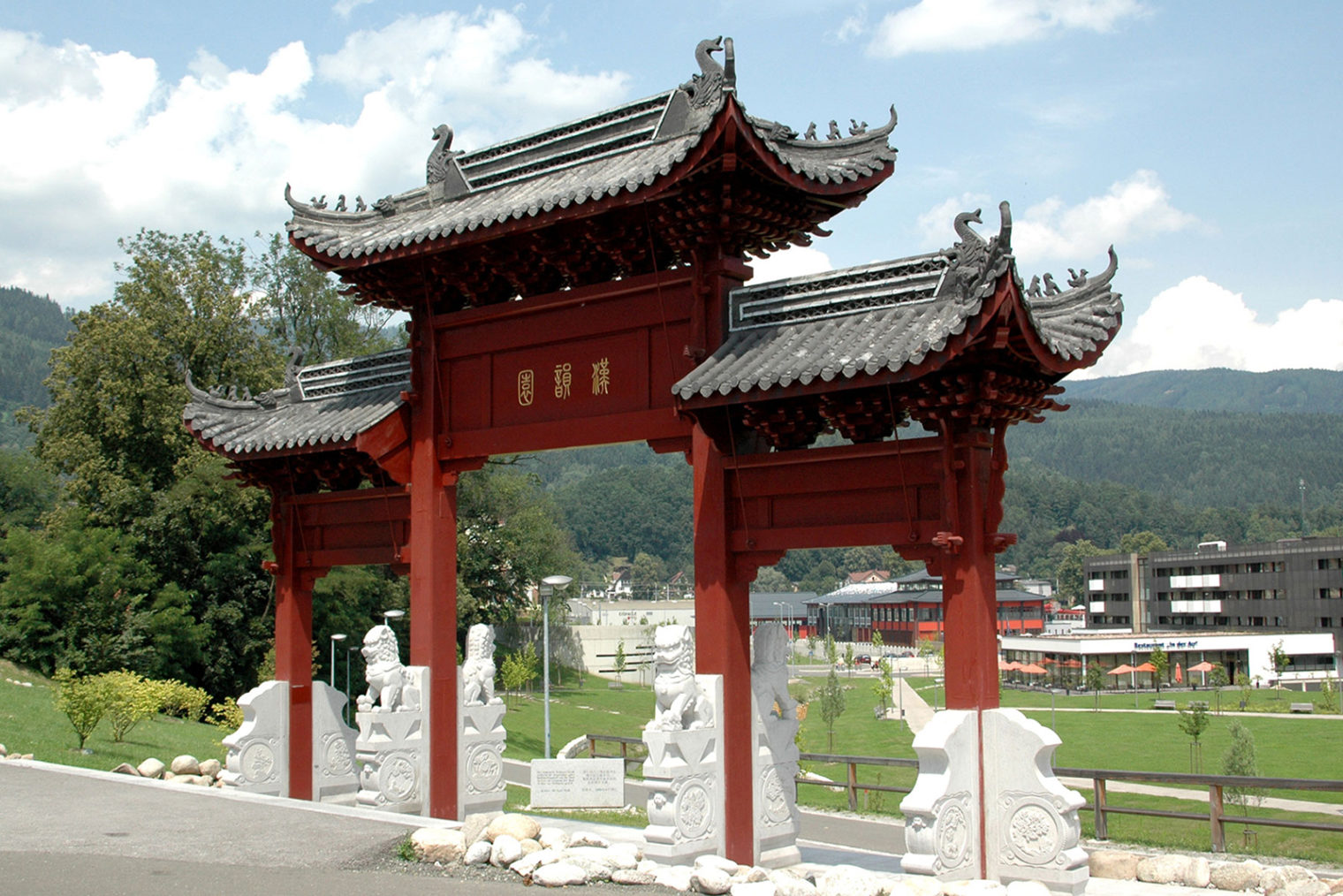 Economy
A thriving business exchange has developed between Leoben-based companies and the up-and-coming region of Xuzhou. Both Leoben and Xuzhou profit from similar resources that are mined and processed in the two cities.

Expo 2010 in Shanghai
Thanks to the excellent cooperation between Leoben and Xuzhou, Leoben was the only Austrian town to take part in the Shanghai Expo 2010 and presented itself together with Xuzhou. As one of only two European cities, Leoben was awarded a distinction for its twinning partnership with Xuzhou in the framework of the World Expo.

In 2014, a delegation from Leoben visited Xuzhou to celebrate the 20th anniversary of their partnership. On the occasion of this visit, representatives from both cities signed a contract on renewal of the twinning scheme, and relations in the fields of business and science were deepened. 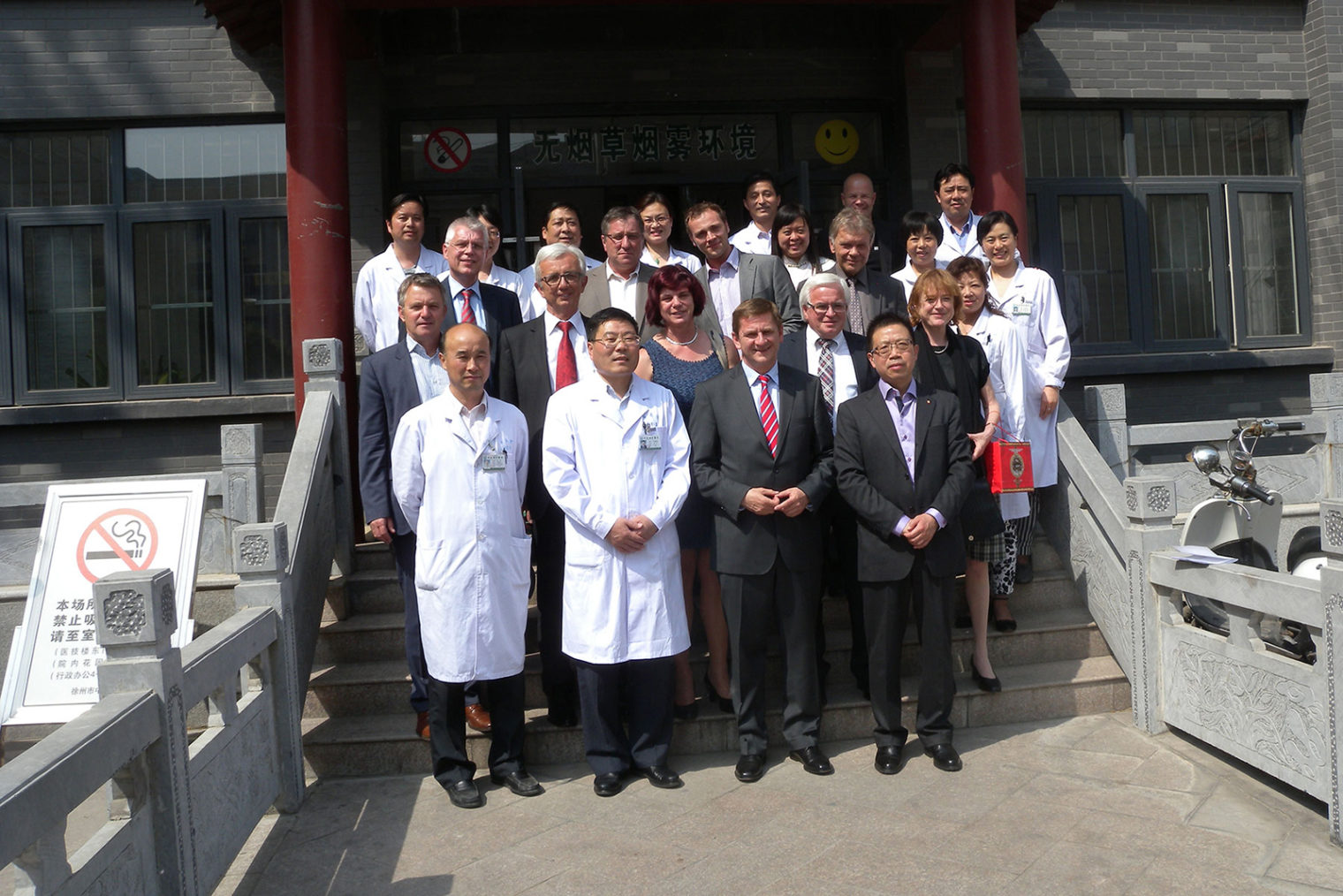 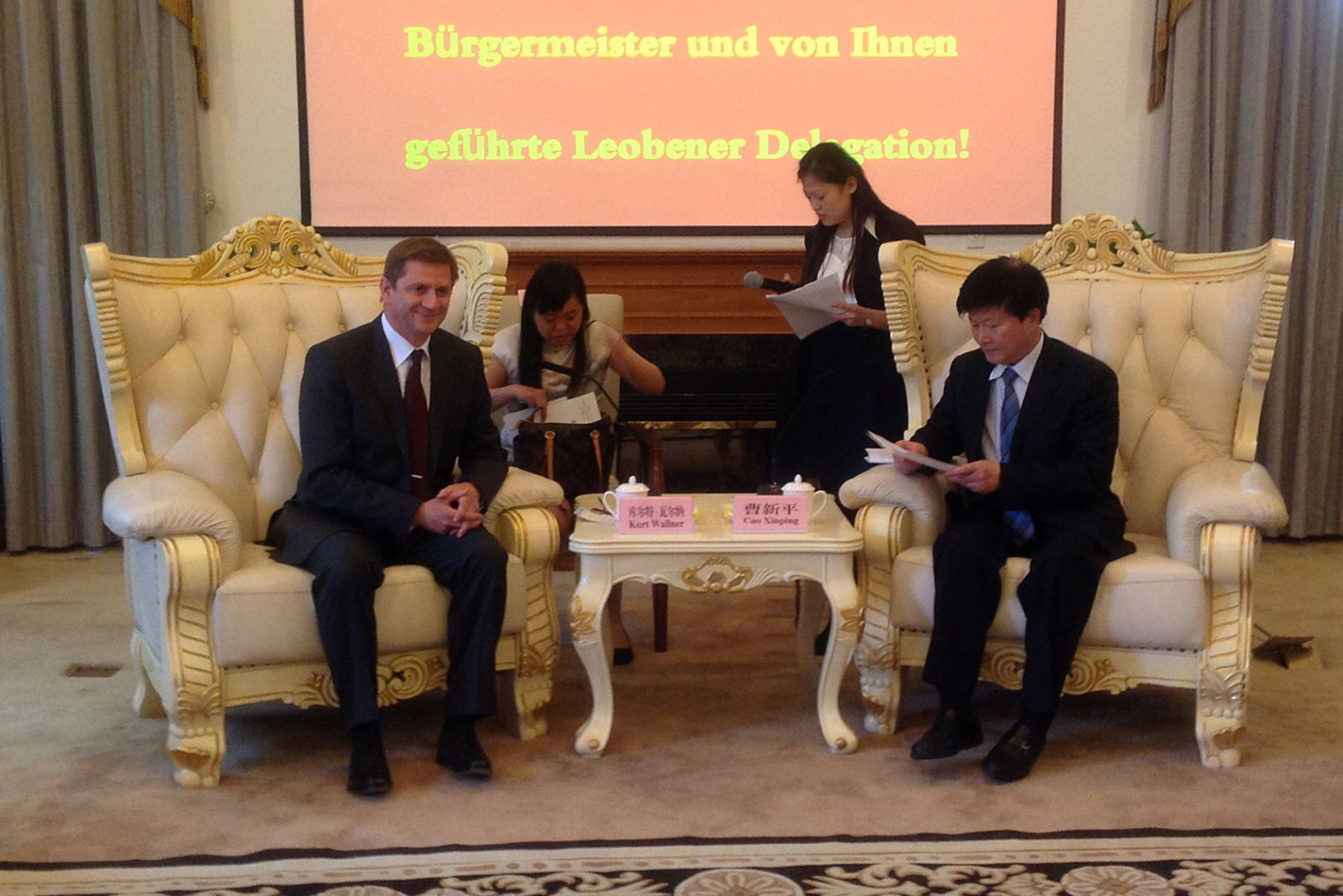 A kung fu ensemble from our Japanese twin city visited Leoben to mark the 25th anniversary of the twinning partnership with Xuzhou. Xuzhou is very proud of its athletes who compete with great success in international contests, e.g. in table tennis, shooting, gymnastics and kung fu. To mark the 25th anniversary, a Chinese delegation of 20 young martial arts experts aged 9 to 19 travelled to Leoben, and their spectacular kung fu presentation at the Sports Gala 2019 left the spectators breathless. One day earlier hundreds of pupils from Leoben schools also had the opportunity to enjoy a stunning demonstration of the Chinese martial art. 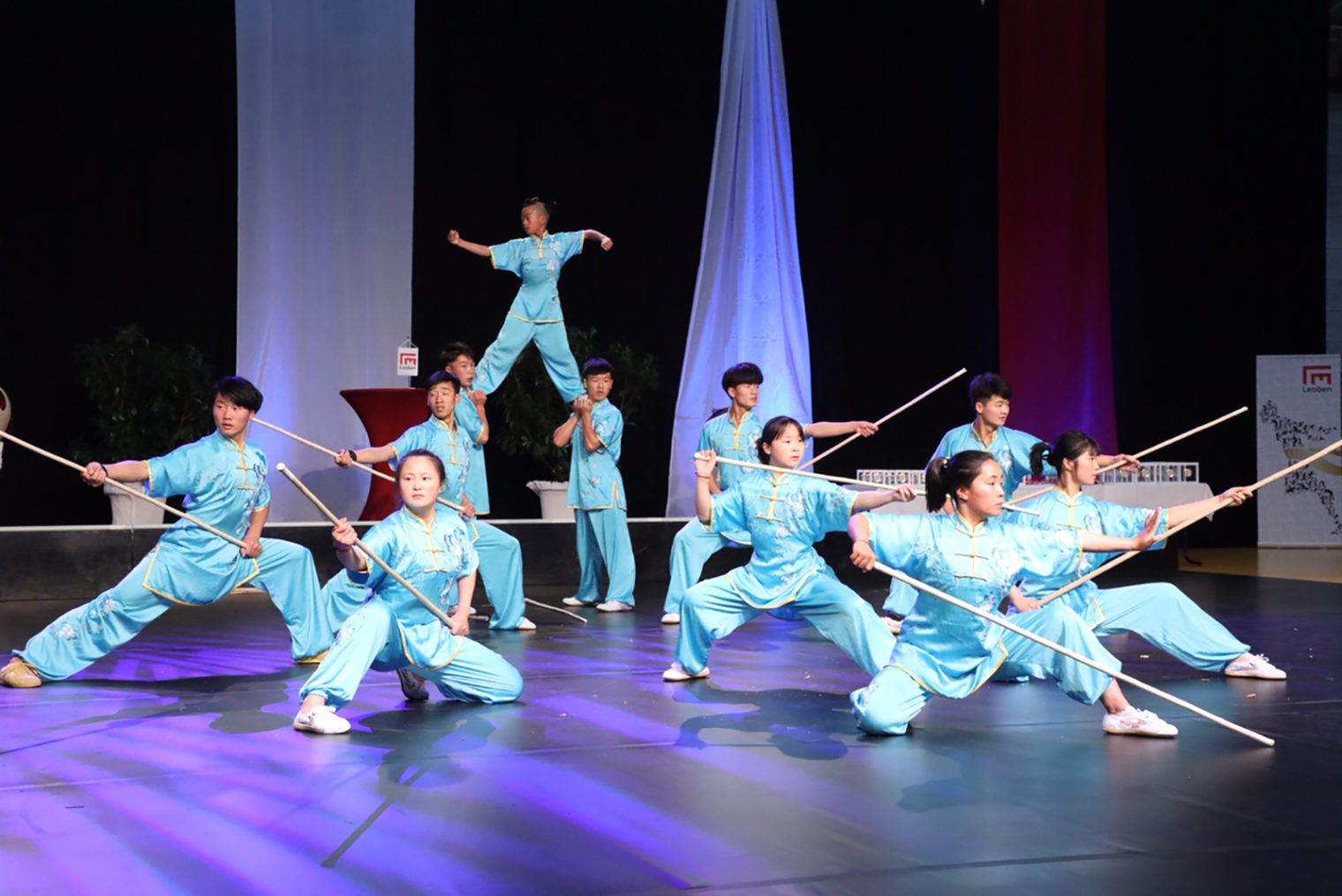 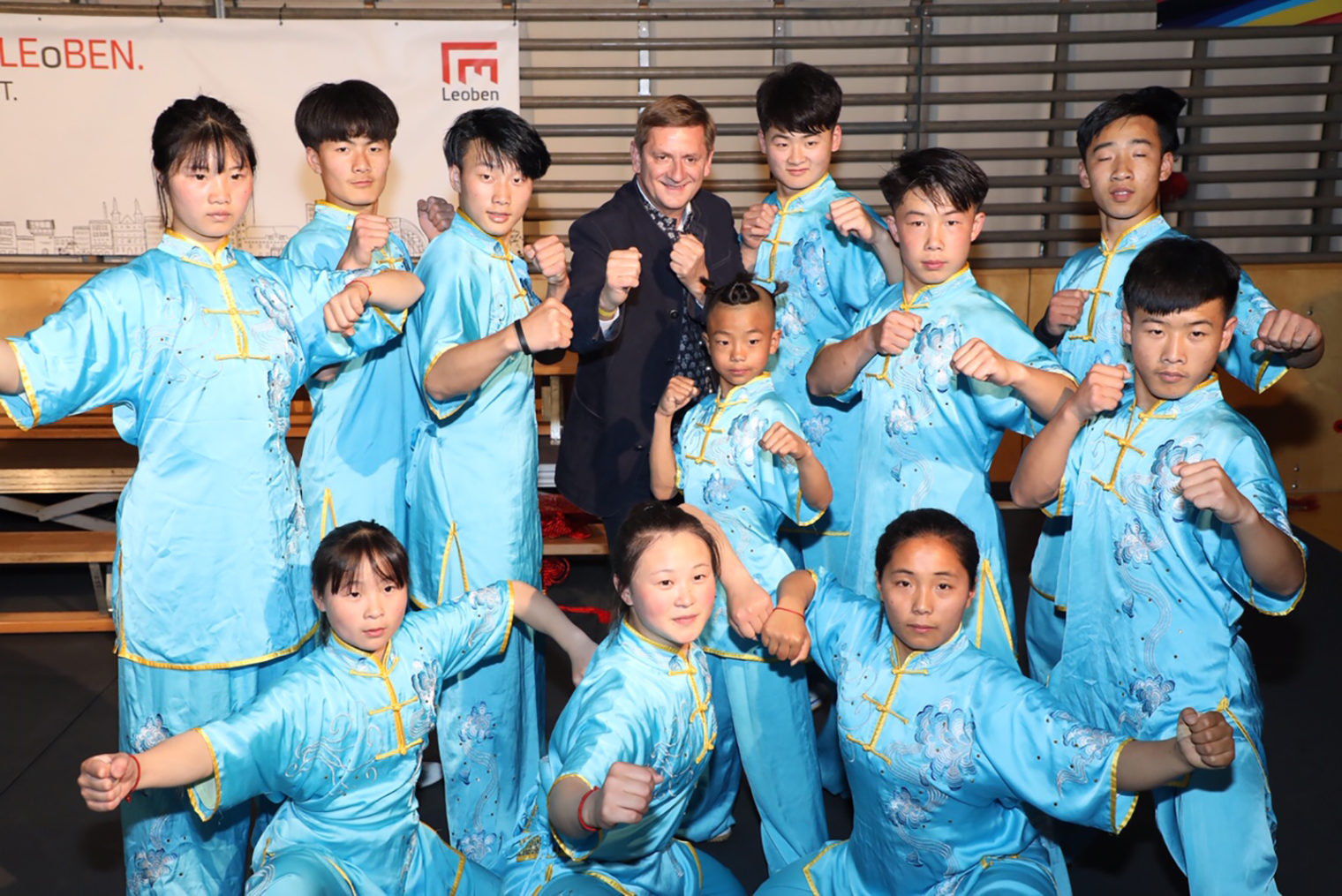 Renovation of the Chinese archway

The Chinese archway was a gift from the twin city Xuzhou to Leoben in 2008 and was put up at the entrance to the new Asia Spa garden and wellness facility, and since then this prominent landmark has been a proud reminder and symbol of a long and altogether outstanding town twinning. The renovation of the Chinese archway from 13 June to 14 July 14, 2019 was a major project and carried out with great commitment by a delegation of workers from the twin city Xuzhou under the direction of Mr. WU Qigang.
The roof of the archway was again covered with original Chinese roof tiles. In all its new splendour the archway is an impressive sight and eye-catcher for guests of our town and residents. 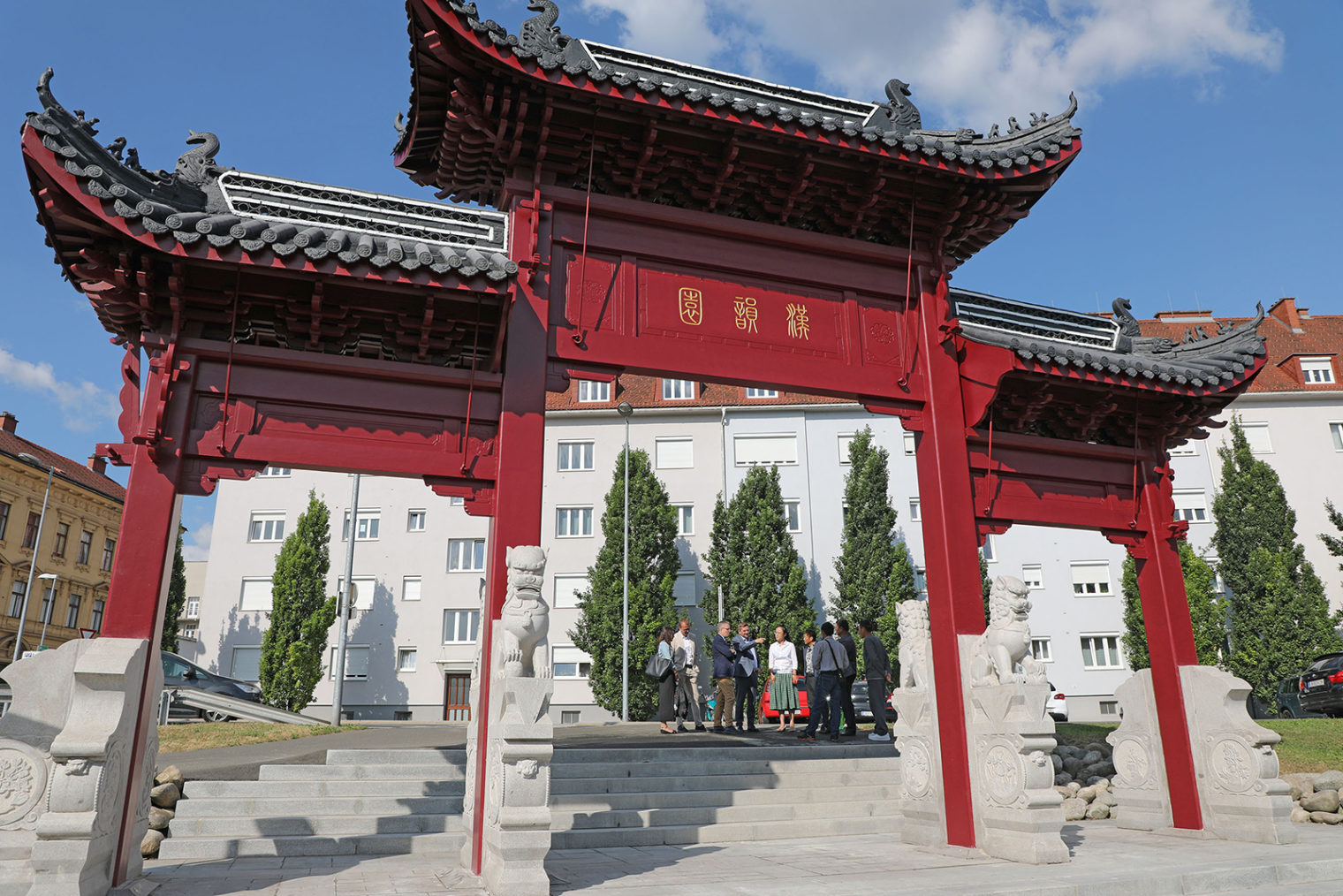 Delegation in front of the Chinese archway, Picture: Foto Freisinger

Here you can view or change the cookie settings of various tools used on this domain and its subdomains: